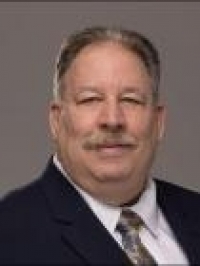 Qualifications: I grew up here, and returned in 2006. For the last decade or so, as a private citizen I have been very involved in the workings of the CH city council and the CHUH school board. I have researched various topics regarding local governance, and have shared my findings with the community. A recent example is this very election for the remaining two years of Mary Dunbar's term. The city had issued a press release stating that city council was accepting applications for appointment to the seat. Having previously read the city's charter, I reviewed it and immediately notified the city that the charter requires an election. That press release was withdrawn, and now this election is on the ballot.

Do you think our business districts are healthy and successful? If not, what would you do to change that? Please discuss specific districts, such as Noble and Severance.

The city's business districts are not all healthy and successful. For as long as I have been watching, the city has not had any coherent plan in place for any of the privately own properties that need attention.

In 2011, the city ignored the opportunity to protect Severance by purchasing the Oakwood property. Since that lack of foresight, Severance has suffered increasing vacancies and the resultant dramatic decrease in property tax revenues. Those lost revenues would have more than covered the cost of acquisition of Oakwood. Further, many of our neighbors' property values suffered from the loss of the pastoral golf course acreage.

More recently, the Top of the Hill and Meadowbrook-Lee show that the city isn't listening to the community.

What role should environmental considerations play in the city’s policies and actions?

Sustainability needs to be a component of every decision made by the city. The city's unwavering clamor to develop every last Green Public Space belies the values of many in this community.

The city recently purchased a number of police cars - via so-called "emergency" legislation. Other than one question prior to council's vote, no apparent consideration was given to vehicles that use alternative fuels. What a lost opportunity to lead by example!

The city needs to develop consistent methodologies for all spending and legislative decisions. These methodologies must incorporate - as a matter of course - an analysis of the sustainability of the alternatives being considered.

How, and in what time frame, should a vacancy on city council be filled?

This lame duck city council has essentially rendered this question moot by voting - as an "emergency", of course - to put a Vacancy charter change amendment on the November 2nd ballot.

I can tell you that taking over a year is too long, and I filed suit in Cuyahoga County Common Pleas court to force the city to make an appointment. Days after my suit was dismissed, the appointment was made.

And it appears to me that the council voted to put that amendment on the ballot without understand the current language of section "III-4. Vacancy" in the charter - or they wouldn't have issued that erroneous "Appointment" Vacancy press release .

By actually understanding the charter and engaging the community, the right time frame can be decided.

What opportunities, if any, do you see for regional collaboration between Cleveland Heights and other local governments to provide services or facilities?

I guess the question assumes some economies of scale exist by regionalization?

I'm not convinced. I once called in to the shared police dispatch about a parked car blocking part of Cedar just west of Cedar-Taylor. The person that answered the phone had no idea where I was referring to. I hope every city employee would be able to visualize the location from that simple description.

So my answer is "It depends". Will the service provided to taxpayer residents improve? Then let's look into it. Is it just to save money, at the cost of service? I don't know about that.

I've heard nothing but complaints about the out-sourced housing department inspectors. I'm not sure out-sourcing via "Regionalization" is what the community wants or needs.

What are your thoughts about the responsiveness of the city’s elected officials and staff to citizens' concerns?

My platform calls for Open and Effective Governance. The longstanding abuses of so-called "Emergency" legislation and executive sessions are institutionalized barriers to responsiveness to citizens' concerns. The city's charter and ordinances have countless restrictions on the citizens' ability to engage thoughtfully with city council.

Having all seven city council members serve at-large prevents citizen engagement - or council responsibility. Having all the seats elected in one pool dilutes the voters' ability to effect change.

The recent "emergency" legislation regarding Public Notice of Meetings is contrary to Ohio's Sunshine Laws, and prevents informed citizen engagement.

It's time to return We The People to CH city hall.