James Posch, candidate for CH-UH Board of Education 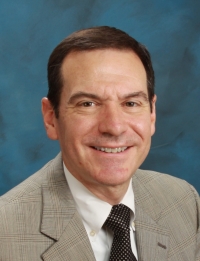 1. Most important issues: When asked this same question four years ago, prior to my first election, I replied: “we need a revised focus on excellence”. Four years later, I’m proud to say we’ve made great gains embracing the value of excellence in our core culture in the following ways: * Our racial equity policy clearly sets the expectation that we no longer except the achievement gap prevalent in urban districts. * Our new Student Code of Conduct and Staff Code of Conduct policies set the standards and expectations for behavior and performance. * Our new curriculum and learning tools are finally aligned with common standards which we’ve standardized district wide. * We have expanded our Honors program, International Baccalaureate and Advanced Placement offerings and set an even higher performance expectation. * The community has taken notice and we’re the only inner ring suburb of greater Cleveland with increased enrollment over the last two years. * The higher education community has also taken notice. Last year our graduates earned 10.4 million in scholarships. This year 12.1 million. While there are many competing important issues, I feel our most critical issue is maintaining this focus on excellence. Again, we’ve made great gains, but we must do even better. My expectation is to expand upon this focus on excellence.

2. "Time to Teach, Time to Learn" Resolution: I voted for this resolution for three primary reasons. One: There’s too much emphasis in the state standards and measures based on tests. Hands on learning (for example: science labs) are devalued. Two: The state report card letter grades are unreasonable. Last year, 83% of the school districts in Ohio received an “F” on their report card. And, only 5% received an “A” as an overall score. At home in our district, our four-year graduation rate was above state average. Our letter grade for the graduation rate component was a “C”. Looking closely at the data, the “C” puts us in the bottom 17%. One would think with our actual rate above the state average (that’s above 50%), the corresponding letter grade would also reflect a score above 50%, and not the 17%. Three: The high stakes testing takes away too much time from our teacher’s productivity, especially when we know the results of the testing doesn’t reflect reality. We can’t reply on the state measures, accurately validate our work and hold our staff accountable for their work. A primary goal of our former Superintendent was to implement a publicly available framework of measures to help all stakeholder understand our performance. Many of these measures already exist in our Building Level Action Plans and our data warehouse. Our new Superintendent has been tasked to take over this effort.

3. Ohio financial support: NO. Only 28% of our budget comes from the state. It comes with the assumption 28% is all that’s needed to educate our youth. Anything extra (the 72% of our budget) would be for incidentals and other nice to haves. This mindset is ridiculous, most other states put a higher value on education. Over twenty years ago, our Supreme Court ruled our funding system unconstitutional. The problem remains unsolved. Today there’s a legislated 'formula' that’s used to determine what schools get. This is the crazy part - the Ohio Department of Education can only use the formula for 15% of the districts. Those distributing the funds at the State know, for the remaining 85%, the formula can’t be applied fairly. So most of districts have exceptions to the formula, leading to inequities. July when the state passed its Budget, we lost $2.1 million in annual funding (for THIS year) days before school started. One might think we could cut $2.1 million from our budget to offset the loss, but it would have a catastrophic impact in the classroom. We can’t make these kinds of cuts without cutting our workforce. And cutting the workforce is protected by other state regulations and negotiated agreements. Every May, prior to the upcoming school year, state law requires us to show we’re fiscally solvent. With last minute budget actions like this, days before a school year starts, limits how we can predict our budget and goes against the state’s own requirement certifying our fiscal solvency.

4. Closed or closing schools and other buildings: Our board is now evaluating our facilities with a focus on a few items. Wiley is now vacant. We have more elementary building capacity than needed. There’s a strong need to expand our highly rated pre-school offerings because the data shows it significantly increases outcomes for our younger students. Any change to address these issues is challenging. During the public process when our last Master Facilities Plans was debated, the outcome clearly favored neighborhood, walkable schools. This is an expensive proposition, but a value supported by our community. The board values making sure the locations of our faculties are equitable (such as keeping an elementary school in UH, among other considerations). Change can only occur with support from our city leaders along with a comprehensive transparent public process. This school board, under my leadership, has worked very hard to earn the support from our city leaders and these relationships have prospered. I feel it’s our duty to address these facility challenges to be fiscally responsible, no matter how difficult. In my opinion, conducting no evaluation, would be ill-responsible. The outcome will likely be controversial and will require compromises. As leaders in this process, we need to show what the community gains instead of what we might be losing by any downsizing.

5. State educational policies: Ed-Choice, where a family gets a scholarship for a private school if their family attends a failing public school. The State just determined our High School is one of these schools, based solely based on ‘graduation rate’. But by state standards our graduation rate is above the state average. For the new EdChoice designation, the state only used old data from 2012, 2013 and 2014, ignoring the last 5 years. Obviously, this kind of inaccurate determination hurts our community and property values. It hurts our youth with the stigma attached to attending a ‘failing’ school. Voucher advocates say this doesn’t hurt public education, but 100% of the voucher cost comes out of our general fund with 0% contribution from the state (because are funding is currently ‘capped’ at a fixed population). The private schools accepting the vouchers don’t have the oversight, accountably, educational or performance standards we as a public school have. These kinds of polices hurt our community, our students and are certainly not fair.