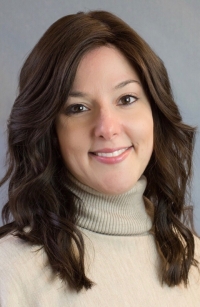 In doing so, University Heights became the 21st local government in Ohio to pass such legislation. Later that same evening, Lakewood became the 22nd.

Councilwoman Michele Weiss introduced the legislation in response to the increase in vaping. “The vaping epidemic has moved our country back decades in the fight against nicotine addiction,” she said. “I feel this ordinance is a prime example of why I ran for office—to make meaningful impact in the community for the betterment of our residents.”

Prior to the vote, council heard from Rick Novickis, director of Environmental Public Health Services at the Cuyahoga County Board of Health, and Wendy Hyde, the Tobacco 21 director for Ohio and Michigan.

“Since more than 95 percent of addicted smokers start before the age of 21,” Novickis said, “implementing legislation like this will help minimize the number of kids who will actually start smoking.”

Hyde cited studies showing that in cities where the tobacco age was raised to 21, smoking by teens dropped by 40 percent. “This policy works,” she said. “It doesn’t solve all our problems, but it has a significant result.”

UH Mayor Michael Dylan Brennan agreed. “There is no right to purchase or consume tobacco. It is not a fundamental right, like the right to vote, or the right to marry, or the right to due process. It is simply a consumer decision, nothing as elevated as an actual right. And I am a strong supporter of consumer protection,” he said. “Legislating the health, safety and welfare of our community is a valid role of the city government, and there is a valid public health concern that makes this legislation proper.”

The legislation passed 6-0, with one council member absent. Brennan said he will sign the legislation into law, and it will take effect in 30 days.

According to Tobacco 21, Ohio currently has an above-the-national-average rate of both high-school age smoking and adult smoking. An estimated 259,000 children now under the age of 18 will eventually die prematurely due to smoking, with 6,400 children each year becoming daily smokers.

The result is an annual health care cost of $5.64 billion that is directly caused by smoking, and another $5.88 billion in lost productivity. Despite this, Ohio spends only 11 percent of the Centers for Disease Control’s recommended amount on tobacco prevention.

Dr. Michael Salem, president and CEO of National Jewish Health, said e-cigarette use, or vaping, by teens and young adults is especially worrisome. “After decades of decline, the consumption of tobacco products has taken a U-turn and begun a precipitous climb,” Salem said recently. “Vaping among middle and high school students increased 900 percent from 2011 to 2015, and nearly doubled in just the last year. Today, one in 20 middle-schoolers and one in five high school students use e-cigarettes. College students and young adults vape at similar or even greater rates.”

The Tobacco 21 movement in Ohio began in the spring of 2015, with the Preventing Tobacco Addiction Foundation and its allies working to raise the tobacco-purchasing age in their hometowns. Upper Arlington unanimously passed legislation on June 8, 2015, and Bexley quickly followed. Since then, numerous cities have followed suit, including Cleveland, Columbus, Akron, Wickliffe, Euclid, Brooklyn and Cleveland Heights.