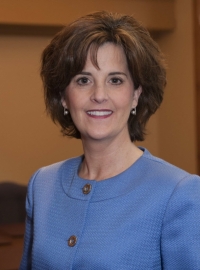 In a July 31 press release, Mayor Michael Dylan Brennan announced that Susan Drucker, former two-term mayor of Solon, had accepted the position of economic development director for the city of University Heights.

During her tenure in Solon, Drucker facilitated the redevelopment on the Solon Village Shopping Center—including bringing the first Market District Giant Eagle to Cuyahoga County—and the expansion of the Nestle Global Research and Development Center. Drucker, along with Solon's city council, spearheaded the 2011 rezoning initiative that helped Nestle expand its research facility.

According to the mayor's office, Drucker's experience includes working with developers who may have an interest in University Heights and its commercial districts and projects, and in outreach with existing businesses. Asked about her particular goals in the position, Drucker stated, "I want the business community to see University Heights as a friend. Attracting new businesses is important, but it's also about retaining businesses that are already here and helping them continue to succeed."

Brennan reported that he and Drucker have discussed at length the current challenges facing the city and approaches to creating opportunities out of those challenges. They took a tour together, visiting University Heights' business districts (Cedar-Taylor, Cedar Center, University Square, Cedar-Green, Fairmount Circle), as well as the grounds of Heights Middle School, Bellefaire, and John Carroll University.

Drucker noted that the mayor's vision for the city was one of the major factors in her decision to accept the position, and that she's excited to help him harness the city's strengths, citing in particular its well-established business community, population density and walkability.

Drucker will formally begin working for the city on Aug. 27. Said Brennan of the hire, “The process to find our economic development director took longer than I anticipated, but I cannot be more pleased with the outcome.”

Jessica Schantz is the e-news manager at the Heights Observer, a former lecturer at Cleveland State University, and a long-time resident of Cleveland Heights.