What the Heights Observer isand isn't 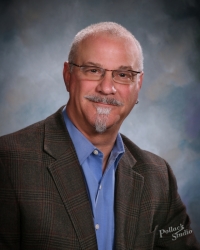 When you’re involved with running a newspaper you learn there are some things that can never be said enough.

Such as: The Heights Observer is not an ordinary newspaper. In fact, if there were another word to use for it, I wouldn’t describe it as a newspaper at all. Here’s why:

If the Observer is not an ordinary newspaper, what is it?

I see it as plumbing: Something that has little value on its own, but becomes vital when filled with water—or, in this case, information. Any community member is welcome to use the Observer to inform or persuade others about events, activities and issues relevant to Cleveland Heights and University Heights. So far about 1,000 different people have accepted that offer, with a few more coming in every month.

Whatever the Observer means to you, to me it’s a representation of the community itself.

Cleveland Heights resident Bob Rosenbaum is chair of the Heights Observer Advisory Committee, and is responsible for its advertising sales and market development.