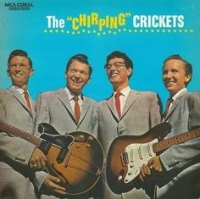 I’m writing this in the middle of November. The weather here in Cleveland Heights has been warm and sunny. Most of the trees’ leaves are still green, as are all of the lawns around here. The predictions I’ve seen for December’s weather say the average temperature will be in the relatively warm 40s.

I work at an actual job three mornings a week. Almost everyone I work with there is a liberal, with one conservative. A few days ago, he came in marveling about how warm and nice the weather was for November, and how he couldn’t figure it out. He said several times, “I don’t understand what’s going on.” Finally, a few people said, "Global warming." He laughed and mockingly repeated, "Global warming."

I can’t say for sure if that's what is causing this weather, but I also don't want to simply dismiss the idea and laugh at it. I remember that when I was growing up, Decembers were always cold and snowy. And I've always hated cold and snowy.

I hated school every day I was forced to go to it. I started skipping school with increasing frequency starting in the eighth grade. When I was younger, I didn’t have that option. Unfortunately, I didn’t enjoy being at home much more than I did being at school. So winters were difficult for me. Winter vacation—then called “Christmas vacation”—was especially problematic: I was happy not to be in school, but not too pleased to be at home, and I didn’t want to go outside. So I felt stuck.

The only winter vacation I remember enjoying was the one when I was 8 years old. The way I dealt with everything in my younger life was through escapism: mainly music, comic books and baseball. TV was okay, too, though I didn’t always have control over what was on. So radio became important, as did my little record player. And music magazines. And, in spring and summer, baseball cards and magazines.

I had an uncle who worked in record distribution. He would often give me 45-rpm singles, which I started listening to and studying when I was 5, at the beginning of rock ‘n’ roll. When I was 8, in the winter of 1957, my uncle brought me a stack of records that, to this day, are some of the greatest early rock songs ever produced.

Here are 20 of those records: “Peggy Sue,” “Oh Boy” and “That’ll Be the Day” by Buddy Holly; “Wake Up Little Susie” and “Bye, Bye, Love” by the Everly Brothers; “Jailhouse Rock” and “Teddy Bear” by Elvis Presley; “Keep A-Knockin’” by Little Richard; “Great Balls of Fire” and “Whole Lotta Shakin’ Goin On” by Jerry Lee Lewis; “Rock and Roll Music” by Chuck Berry; “Be Bop Baby” by Ricky Nelson; “Searchin” by the Coasters; “You Send Me” by Sam Cooke; “At the Hop” by Danny and the Juniors; “Honeycomb” and “Kisses Sweeter Than Wine” by Jimmie Rodgers; “Sillhouettes” by the Rays; “Diana” by Paul Anka; and “Chances Are” by Johnny Mathis.

And there were 10 or 15 more records. I played all of them, plus their B-sides, at least twice a day. That took up about six hours of every day. Some other relative had given me two dollars, which I spent on about 15 comic books, at 10 cents each—Superman, Archie, Nancy & Sluggo, Henry, and others; even a Ricky Nelson comic book—and a Song Hits magazine. Coventry Drugs, about two blocks from my house, at the corner of Coventry and Mayfield roads, where Pacific East is now located, had a great magazine and comic book selection. I didn’t mind (as much) going out in the cold for that.

I spent later winter vacations suffering through hours of watching friends ice skate on the flooded and frozen Cumberland Park parking lot. I know that people around my age are quite nostalgic about that. I, naturally, hated it—standing, or sitting, outside, in the cold. Cleveland Heights finally came to its senses and built an indoor ice skating rink, and then a second one.

Or sledding down the big hill at Cain Park. I mean, my friends did that. I would watch, shivering, for a while, until I could convince someone to go back to their house, where we could find snacks and watch TV.

And then I spent the late-‘60s and ‘70s winters freezing in hippie crash pads.

But that winter vacation I spent, in 1957, listening to records and reading comic books—oddly, that fantasy world evolved into real life, as I became a professional musician, comedian and writer. But I never moved to a warmer climate. I’m still here in Cleveland Heights. Though, from what I’ve read, if I’m around long enough, I won’t have to go away to escape the winter; the warmer climate, they say, is on its way here—despite the mocking disbelief of my co-worker, and others like him. And when they’re prisoners in their air-conditioned houses, trying to escape the heat during their winter vacations, there is no way I’m lending them my records and comics. They are on their own.