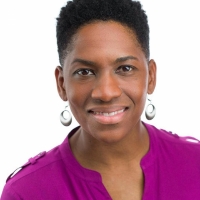 Deidre McPherson is finally back where she belongs—in Cleveland Heights, where she joins other young adults who have “boomeranged” back to the place where they grew up.

McPherson graduated from Cleveland Heights High School in 1995, and attended Miami University on a violin scholarship, initially majoring in zoology and violin performance. She soon realized she much preferred marketing to zoology and decided against becoming a doctor like her father.

After graduation she lived in Boston and then Washington, D.C., where she obtained a master’s degree in business administration with a focus in marketing from the University of Maryland. Life in both of those cities is very expensive, and McPherson soon realized that the cost of living in Cleveland is more affordable and that there were lots of new and exciting things happening here.

In 2009, McPherson signed on as the marketing manager for the Cleveland Orchestra, and later worked as a marketing manager at the Council of Smaller Enterprises (COSE). Three years later, McPherson founded the Cleveland chapter of Sistah Sinema, a national organization that brings people together around films by and about LGBTQ women of color, a community whose stories are rarely represented in mainstream media.

A moderated discussion follows each film to encourage dialogue on the topics raised by the film. McPherson has programmed more than 20 Sistah Sinema events at local venues, including Waterloo Arts, Negative Space Gallery, SPACES and MOCA Cleveland. Founding the Sistah Sinema Cleveland chapter helped McPherson meet people when she returned to her hometown. It also positioned her as a leader in the LGBTQ community and led to her current job at MOCA.

McPherson’s passion for the arts and creating community serve her well at MOCA. As curator of public programs, she develops exhibitions, performance-based experiences, and culturally relevant social activities that connect adult audiences to the museum in creative and compelling ways.

The current exhibition at MOCA, titled How to Remain Human, features the works of 14 artists from Cleveland and the extended region whose art explores the complexity and intensity of the human experience. A central figure in the show is d.a. levy, who lived on Hampshire Road, off Coventry Road, in the late 1960s.

Another featured artist in the show is Cleveland native, Jae Jarrell, one of the founders of AfriCOBRA (African Commune of Bad Relevant Artists), an artist collective that began in Chicago during the Civil Rights Movement. The group formed in response to the lack of positive representation of African and African-American people in media and the arts. McPherson was deeply moved by the work of Jae Jarrell and the goal of AfriCOBRA—to  produce art that conveyed the power, pride, history and energy of their communities. She curated a program called AfriCOBRA: Power, Politics + Pride, which included the screening of a documentary film about the collective, followed by a panel discussion that featured Jarrell and other artists from the collective, moderated by Dee Perry from ideastream®.

When asked about the values she admires, McPherson immediately said “kindness, hard work and beauty.” She appreciates people whose creativity inspires community. This is a common theme in her life and work—using creativity to celebrate our common humanity. “Getting people together to discuss and explore subjects is something that comes naturally to me," said McPherson. "Together we can accomplish anything.”

Jan Kious, resident of Cleveland Heights since 1974, raised four children here with her husband. She is interested in Heights people who fit the description of living "outside of the box."