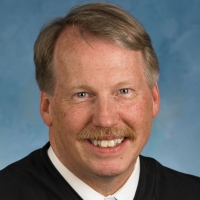 Judge Raymond L. Pianka of the Cleveland Housing Court will be the keynote speaker at the Home Repair Resource Center (HRRC) annual meeting, to be held on Thursday, June 18, at 7 p.m. The topic of his presentation will be, "Digging Out of the Housing Crisis: The Power of Education and Prevention."

Innovative programs developed by the Cleveland Housing Court, often cited as best practices throughout the country, were implemented to obtain compliance with the city's building, housing and health codes, and work to preserve Cleveland and its neighborhoods. The New York Times magazine noted the court’s increased role in the city’s housing crisis when it said, “No one foresaw that this lowliest of courts would become one of the most powerful instruments in the city’s fight for survival.”

Prior to taking the bench in 1996, Pianka was a Cleveland City Councilman for 10 years, then served as founding member and first director of the Detroit Shoreway Community Development Organization. He has received many civic, professional and community awards for his dedication and efforts on behalf of the City of Cleveland.

The HRRC annual meeting will be held at the College Club of Cleveland, 2348 Overlook Road in Cleveland Heights. The meeting will include a brief review of the past year and election of new HRRC board members. All community members are invited to attend. For more information, call HRRC at 216-381-6100 or visit www.hrrc-ch.org.

Rebecca Stager has been on the HRRC staff since 1989 and currently serves as marketing and development associate. Visit  www.hrrc-ch.org or call 216- 381-6100 for more information on programs and services.