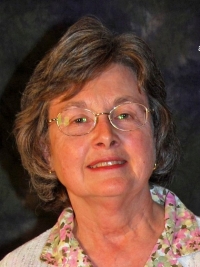 I lived in northern Ohio for more than three decades oblivious to an amazing natural wonder that literally flew by my eyes if only I knew where to look: the spring migration of North American wood warblers. The first that I saw of the colorful species in 1989, a Yellow Warbler, weighs less than half an ounce yet can fly nonstop over the Gulf of Mexico at night, while we sleep.

Since then, each May I have joined people from all over the world at Magee Marsh, a refueling habitat for migrants before they cross Lake Erie to their Canadian breeding grounds. Magee Marsh is 100 miles west of Cleveland, but if you walk around the Shaker Lakes once or twice a week in May, you can see the same 30 warbler species that stop at Magee.

And even better, you can see these tiny colorful birds up close in the hands of Julie West and Gary Neuman, who each spring at The Nature Center at Shaker Lakes capture, band and release the migrants. For more than 15 years they have banded 101 different species of birds, including orioles, sparrows, catbirds, wrens, gnatcatchers, flycatchers, woodpeckers, wood warblers and vireos. Their work continues migratory bird studies that have been ongoing for almost 50 years at the Nature Center.

The banding project emphasizes the importance of mini-habitats, such as Shaker Lakes. When West recaptures a Magnolia Warbler in the same season, she can measure how the bird has been refueling (building up its fat stores) for the next leg of its migration. West points out that “this is a place they stop to find food, shelter and water.” Recaptures also demonstrate site fidelity and longevity. West recalls one song sparrow banded on her very first day that she recaptured for seven subsequent years. Every year this same bird came back to “this very special place” to find a mate and raise its young.

West credits her interest in the natural world to a North Olmsted childhood spent roaming the woodlots, ponds and creeks around her house. Her parents were involved in scouting and family camping vacations all over the U.S., including a 10-day wilderness canoe trip they took when she was 12. “You don’t realize till you’re older that not everyone is doing these things!” West commented.

West had a long career with the phone company, and has a degree in math and secondary education and an executive masters' of business administration. Her interest in nature reasserted itself when first Neuman, then she, took a bird-watching class with the now-defunct adult education program offered by the CH-UH Board of Education in the 1980s. Their knowledge deepened through naturalist-led walks, travel and observation. Since retiring in 2000, West, a Cleveland Heights resident, is ever-busy with birding, banding, travel, family, and volunteering with the Rotary Club.

West earned a banding certificate from the Institute for Bird Populations in 1996, and then volunteered on weekends with Mark and Julie Shieldcastle of Black Swamp Bird Observatory, to earn her banding permit. She provides her banding data—which includes bird gender, age, weight and wing length—to Shieldcastle, who reports it to the Bird Banding Laboratory at the Patuxent Wildlife Research Center in Maryland.

West finds “peace, solitude, and renewal in nature” and says “birds are my window on the world.” Their presence or absence is a portal into habitat health, whether in the city or woodlot. She marvels that “a Ruby-throated Hummingbird flies across the Gulf of Mexico for 18 hours, twice each year of its life. A Blackpoll Warbler jumps off in New Jersey and flies over the ocean until it gets to South America.” Migration is miraculous for its own sake, yes, but also because, as entomologist Doug Tallamy writes, “Humans cannot live as the only species on this planet because it is other species that create the ecosystem services essential to our survival.”

Learn more from West about the natural wonder of bird migration in our own neighborhood at the following programs at The Nature Center at Shaker Lakes: