Elvis and the Russians vs. the New Math 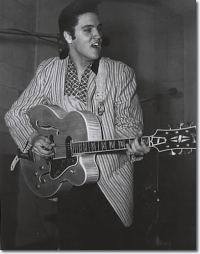 Two things happened to me in school in October 1957 that altered the course of my life. They were different, unrelated things, until they came together several years later.

First, I should say that every teacher I had, all the way through Coventry Elementary School, had been born around the turn of that century, 1900, and most, probably, in the 1890s. You know Western movies and cowboy TV shows? That was the 1890s. Just for a reference point; and just for some background.

Here’s more background: 1957 was the peak of the first wave of rock music, with hit records by rock pioneers including Elvis Presley, the Everly Brothers, Little Richard, Buddy Holly, Jerry Lee Lewis, Chuck Berry, Eddie Cochran, Fats Domino, Ricky Nelson, the Coasters and others. In about three years, that era would end, with Presley in the Army, Holly and Cochran dead, Berry and Lewis ostracized due to scandals involving underage girls, and Little Richard finding religion (for a while). Rock wouldn’t be revived until the Beatles hit the scene in 1964 (in the U.S.).

The year 1957 was also the height of the Cold War, when we were all afraid of “the Russians”—whoever they were. Why were we mad at them? And who were they? I mean, other than all of my father’s old relatives and . . . oh, wait, maybe that explains it.

So one day in October of my third-grade year, my teacher and some old guy I’d never seen before pulled me out of class (I guess they were doing this with all the kids) to tell me this: “You’re good in music and writing, so you’re not good in math and science.”

That was confusing to me, because I was fascinated by math and science. I guess it was part of some sort of Cold War calculation by which they tried to sort out all of us millions of Baby Boom kids. But I said, “OK,” and from that moment on I never did well in math and science. Because they told me I wouldn’t. So I didn’t bother trying. Even though I was interested in both of them.

The good news is that I always did well in music and writing. Which I would have, anyway.

Jumping ahead to the eighth grade, I was still thinking that college might be a possibility, even though I knew I was going to be a professional musician and that college would just slow me down. But, still, I thought it might be useful in some way. I knew that in ninth grade there was this subject called algebra and that it was math and it sounded scary. So I shocked my parents by asking if I could take algebra in summer school between eighth and ninth grades. That way, I figured, I could take it for no credit, learn it, and ace it in ninth grade, for credit.

I took the summer school class and loved it. I got an A in the class—for no credit. Then in the ninth grade, they switched to something called New Math and I didn’t understand one thing about the way they taught algebra. I failed the class and never thought about college again.

That’s the first thing. The second thing is that every year, Coventry School presented a Halloween-day all-school assembly that was a talent show. That year, 1957, I entered, lip-synching (which wasn’t a term yet; it was called pantomiming) an Elvis Presley record.

I already had a sport jacket that looked something like one that Elvis wore in some pictures I’d seen. And I already had a guitar. My mother helped me draw sideburns on my face. I got up in front of the whole school and did my Elvis impersonation.

I vividly remember seeing the horror on all of the teachers’ faces. That told me that I was doing it right. It was the happiest moment of life, up to that time. And it solidified the decision I’d made when I was three to become a performer when I grew up. From that point on, that’s all I ever worked on and worked toward. And that’s what I have done in my real life—performing. And writing.

Teachers and parents: You never know how you may be influencing your kids. It may be opposite of the way you intend to. But that might be OK.