CH resident recognized for her impact on local autism community 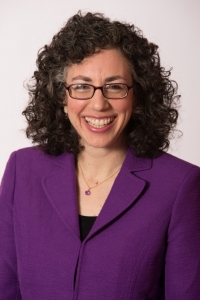 Cleveland Heights resident Mia Buchwald Gelles was inducted into the 10th class of the Beachwood High School Gallery of Success on April 11 for her transformative contributions to the autism community through Milestones Autism Resources, a nonprofit organization that she co-founded 12 years ago.

“I am thrilled to be honored by my high school for the contributions that Milestones has made,” Gelles said.

As operations director, Gelles ensures that everything runs smoothly at Milestones. Her expertise in nonprofit management is a big reason why a small staff of 10 can serve more than 1,500 individuals a year through educating, coaching and connecting family members and professionals throughout Northeast Ohio who are affected by autism.

Gelles’ impact on the autism community started when her son was diagnosed with autism. At the time, in 1998, autism was a relatively new word and there were few resources for parents or professionals who wanted to learn more and help their children.

“Figuring out the interventions that might help was a long, hard and lonely search,” Gelles said. “Each night I would read anything I could to see if it looked promising. As the mom, I felt that unlocking the puzzle of my child’s development was ultimately my responsibility.”

Eventually there was some hope.  In 2001, Gelles found help in a speech therapist’s office, where she met Ilana Hoffer Skoff, another mother struggling with similar issues. After extensive research, they both experienced some success with Applied Behavioral Analysis (ABA), a system for prioritizing and systematically teaching skills one step at a time.

They soon realized they weren’t unique, that there were hundreds of other families in the region who were struggling with these issues. There were also hundreds of teachers working with autistic children who could use practical and effective strategies.

“Ilana and I still laugh . . . we had no idea if anyone would show up,” Gelles said. “The turnout for the conference was a clear indication that a resource like Milestones was a necessity in our area.”

Over the next 12 years, Milestones has remained at the forefront of addressing the needs of families affected by autism. The organization’s annual Autism Spectrum Disorder Conference has continued to be an invaluable resource for family members and professionals. This year, the conference will be June 18–19 from 8 a.m. to 5 p.m. at the Cleveland I-X Center. To learn more or to register, visit www.milestones.org.

Milestones focuses on educating and coaching for family members and professionals in evidence-based practical strategies. Its conferences, workshops, professional development, referral calls and online resources connect the autism community with vital information, and one another. Since 2003, more than 8,000 people have been served by Milestones, and its website, which provides more than 900 autism resources.

Along the way, Gelles also found time to raise a family including stepdaughter Ruth (29), son Noam (18) and daughter Shani (16). She has taught a Torah study/learners service for 14 years at Beth El-The Heights synagogue and leads services and plays shofar. Her husband, Joe, calls her a woman of valor and wisdom, adding that success can come to those who aren’t looking for it—successful people just do what is needed.