Anatomy of a city manager search 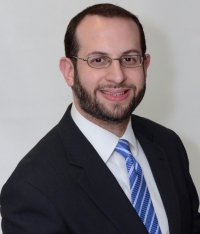 On April 13, 2012, City Manager Bob Downey resigned after more than 25 years of service. This triggered a process, which had not been initiated since 1985, to begin the search for a new city manager.

In June, a request for qualifications (RFQ) for an executive search firm was issued. The RFQ listed duties including developing a candidate profile; advertising the position; soliciting candidates; presenting a written report on background, strengths, accomplishments and a reference list; facilitating the interview process and other customary services. There were seven applicants from various states. City council chose to interview three of those applicants. After much discussion, City council agreed to hire Ohio-based Novak Consulting Group to head the search for Cleveland Heights’s new city manager. Novak Consulting Group has had recent success in searches for managers in the city of Sandusky and village of Chevy Chase, Md.

With Novak’s facilitation, council has been working hard and spending many hours and days to find the best candidate. A council retreat (held on a Sunday from 8:45 a.m. to 4:30 p.m. in a conference room at the Cleveland Heights Community Center) concentrated on identifying council's priorities for the city over the next year, and setting goals and expectations for the city manager, staff and ourselves. This phase of the process has been very productive, as council has had an opportunity to focus on the priorities that we, as a whole, value.

Now begins the final phase of this selection process. Cleveland Heights has demonstrated that it remains an attractive and vibrant community, as we received 68 applications for the city manager position. Many of these applicants are highly qualified and most currently reside outside of Ohio. Novak Consulting Group prepared detailed recommendations for a finalist list. In the coming weeks, each finalist will visit with our city staff, receive a tour of the city, spend time getting a feel for the city, and have a lengthy interview with City council.

Council is likely to make a decision sometime in April. This important decision will mark the official end of the previous city manager’s administration and the beginning of a new way of doing business. Change is, at times, uncomfortable, but it can be a good thing, and new leadership brings new opportunities. Whoever is selected to become the new city manager will need the support of our residents to do the job, which is to make Cleveland Heights even better.