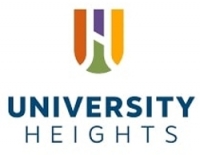 Recognizing there’s always room for improvement, a new University Heights Charter Commission will spend the rest of 2022 and the first three months of 2023 studying, reviewing, and eventually proposing changes to, the city charter.

University Heights voters will be given the opportunity to vote on any proposed changes in the 2023 General Election.

They were sworn-in at the commission’s first meeting on July 27.

The commission will meet twice per month, until it submits a final report and recommendations to University Heights City Council, for submission to the electorate.

The deadline for the commission to submit recommendations to city council is March 31, 2023.

All meetings of the UH Charter Review Commission will be held at Wiley Middle School, and will be open to the public.

The Charter of the City of University Heights originally was adopted at a special election on June 3, 1941. A review of the original charter took place in 1979, and a second review was conducted in 2008 and 2009.