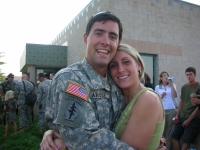 The COVID-19 pandemic won't stop University Heights from remembering those who have died in war this Memorial Day.

As previously announced, the city canceled it's annual parade, and will hold its ceremony online this year. The virtual ceremony will be broadcast on the University Heights YouTube channel on Monday, May 25, at 1 p.m. In addition, the ceremony will also be shown on the UH City Hall Facebook page.

Ohio Secretary of State, U.S. Army Green Beret, and Bronze Star recipient Frank LaRose will be the featured speaker. The National Anthem will be performed by Gina Ventre of the Cleveland Orchestra Chorus. Vice Mayor Michele Weiss will lead the Pledge of Allegiance, and city council members will participate in the flag ceremony.