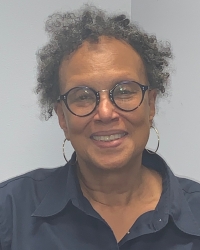 Saundra Berry will be sworn in as a member of UH City Council on Feb. 12.

Saundra Berry, a longtime University Heights resident with a wealth of work experience, is set to fill the city's vacant council seat.

After a formal vote by UH City Council, Berry will be sworn in during a special meeting on Wednesday, Feb. 12, at 6:30 p.m., at the Cleveland Heights-University Heights Board of Education building.

Since 2007, Berry has served as Clerk of Courts at the Cleveland Heights Municipal Court. She previously worked at the Ohio Department of Education as director of Cleveland scholarship and tutoring.

Berry will bring auditing experience to council, as she served as an auditor for the Cleveland Municipal School District 1983–1999. A former math teacher, Berry is a certified public accountant.

Berry said she has loved being a resident of University Heights for the last 38 years. “I am excited, and I want to be part of the future direction of the city,” she said. “I believe my skills and compassion would benefit University Heights.”

Vice Mayor Michele Weiss said she and her fellow council members are looking forward to working with Berry. “Council is excited by Saundra’s vast background in government and accounting,” Weiss said.

Mayor Michael Dylan Brennan said, “We were fortunate to have so many great people apply for the vacant position. Our council members took their role in choosing a new member seriously, and they made an excellent pick. Saundra Berry is going to do a great job, and I’m looking forward to her getting started.”

Berry will fill the seat vacated by Mark Wiseman, who resigned to accept a magistrate position with the Cleveland Housing Court.

Berry earned a master’s in business administration from Atlanta University, and earned her bachelor’s degree in mathematics from Central State University.

A deacon at Antioch Baptist Church, Berry is the former president of the Wiley Middle School Parent Teacher Association. She has also worked for the campaign committees of U.S. Reps. Marcia Fudge and Stephanie Tubbs Jones.