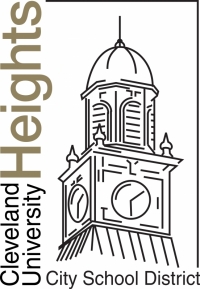 The CH-UH City School District has voted to place a 7.9-mill operating levy on the March 17 ballot.

The school board made the decision on Dec. 9, after reviewing a report from its citizen-led Lay Finance Committee (LFC), delivered by committee member Ryan Routh at its Nov. 5 meeting. The report stated that the district will face a clear need for increased operating support in the first half of 2020 in order to avoid cuts to educational programming.

“Our committee has carefully reviewed the financial projections for the CH-UH school district,” said Routh. “We believe that an operating levy of 7.9 mills is the minimum amount needed to sufficiently cover the costs to operate the district. This increased support would have to be approved by voters in March 2020 in order to avoid harmful budget cuts.”

“The state budget that was passed this summer holds CH-UH funding flat, and there is no reason to believe that state funding will increase,” Routh continued. “Furthermore, future cuts are already included in the forecast. The district is projecting that [it] will be able to find an additional $750,000 in budget cuts each of the next three fiscal years. This will become progressively more difficult.”

“It’s clear that the time to place a levy on the ballot has come,” said Jodi Sourini, BOE president. “The board and administration have placed great importance on reducing costs and using taxpayer dollars wisely, without compromising classroom instruction. But we are at the point where any more significant cuts to personnel and services, like those that would be necessary without a levy, would drastically reduce the quality of our children’s education. We cannot let that happen.”

School districts in Ohio are financed with a combination of federal, state and local funds. At the state level, school districts receive funding from the Ohio Department of Education’s general revenue funds and Ohio Lottery profits. At the local level, school districts receive funding from locally levied property taxes, which are prohibited by state law from rising with inflation. This is why the CH-UH City School District, like other districts in Ohio, must periodically ask residents for increased operating support to pay for educational needs, such as teachers and programming.

[Editor's note: The last operating levy to be passed in the district was in November 2016, in the amount of 5.5 mills. Through "responsible fiscal management," the district says it has "stretched finances to make it last for four years—a year longer than anticipated." Regardless of whether voters pass the 7.9-mill levy, the 5.5-mill levy, like all previous levies, will continue. Once passed, levies are ongoing. Scott Gainer, district treasurer, was unable to provide the current total levy amount before the Heights Observer's January press date.]

Cathan Cavanaugh is the supervisor of communications for the Cleveland Heights-University Heights City School District.