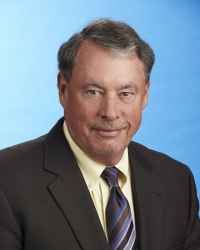 Beginning in March 2015, Kennedy served as fiscal officer for Cuyahoga County. His last day with the county was Oct. 18; he’ll begin work at University Heights City Hall on Oct. 23.

“Hiring a finance director with the experience and expertise of Dennis Kennedy reflects on the energy and enthusiasm of our city,” Brennan said. “University Heights has a bright future. We’re reaching new heights, and talented people want to be a part of our city’s success. I look forward to Dennis joining our team here at City Hall.”

As chief financial officer for Cuyahoga County, Kennedy was responsible for administration of duties previously associated with county recorder, county auditor, county treasurer, and partial operations of the clerk of courts.

Kennedy will already know at least one of his new co-workers in University Heights. He’ll be reunited with Economic Development Director Susan Drucker. Kennedy served as Drucker’s finance director when she was the mayor of Solon.

Kennedy is a Certified Public Accountant in Ohio, and a Chartered Global Management Accountant. Kennedy has served as vice chair of the Cuyahoga County Charter Review Commission, and president of the Northeast Ohio County Auditors Association.