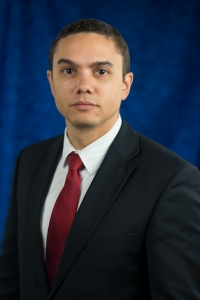 Unique Qualifications: I am trained in and experienced with local public policy. After earning a graduate degree in Urban Studies from the Levin College at CSU, with a graduate certificate in Urban Economic Development, I went from working at a public policy think tank to working for the Cuyahoga County Council as a Policy Analyst, primarily involved in policy related to economic, community, and workforce development. For the better part of a decade, I've worked on major development projects and assisted in the legislative oversight of innovative workforce and community development programs. Additionally, as a member of the Cuyahoga County Community Improvement Corporation, I provide an additional level of underwriting review for the economic development projects that make their way to either the County Board of Control, or Council. I believe that this kind of development experience is an important addition for a suburban city council. Over the last four years, I have proven myself to be an independent and thoughtful council member, with a dedication to open, transparent government, and good governance. I have shown that I am willing to be honest, even when it may not be politically expedient. And I have been committed to being open to new ideas that can help to improve Cleveland Heights for years to come.

1. Top issues: 1. Participatory budgeting for outcomes - This is a foundational issue affecting everything that the city government does. We are aware that there will always be continuing cost increases that will eventually be met with flat or decreasing public revenues. In order to effectively address that eventuality, without simply relying on repeated tax increases and service reductions, we need to start by re-imagining how we budget, and what we are budgeting for. Coupled with a real, systematic PerformanceStat effort by the city administration, city government could ensure that we are efficiently spending in accordance with our true priorities, and actually receiving our desired outcomes. I've already begun talking with the administration and my colleagues about this change. 2. Transition to Mayor-Council form of government (if the Charter amendment on the ballot is approved by the voters) - Should the ballot initiative pass, city government needs to engage in a proactive effort to minimize the disruption that such a transition might create. The way to allow for a smooth transition will be to begin the process immediately once we are sure that the initiative has been approved. A detailed evaluation and mapping of our current administrative structure, and an outline of the transition project should be undertaken as quickly as possible. Additionally, the Council should hold hearings about any potential marginal Charter changes to put before the voters in the March primary.

2. Position on form of city government ballot issue: I believe that Cleveland Heights should amend our Charter to institute a Council-mayor form of government, with a full-time, elected executive (and a Charter mandated, appointed Chief Administrative Officer to be confirmed by Council). The current form of government has shown itself to be ineffective at providing a vision for the city and implementing that vision. Our current form of government has shown some capability at managing the basic delivery of services and financial management. But those necessary capabilities are not a replacement for an actual vision for the city, as generally expressed by a candidate’s platform that can be vetted and selected by the voters of the city. That elected executive can then be held directly accountable to those voters for the success or failure of that vision. We do a disservice to our City Manager when we expect her to perform the role of a Mayor. Precedent in Cleveland Heights government has shown over the last 30 years that the Council is incapable of producing a viable, bold, singular vision for the city. The Council has shown itself to have a difficult time ensuring timely implementation even of smaller goals for the city in many cases. This is not an indictment of those individuals currently inhabiting those roles, but is a flaw in the system itself.

3. New residential and commercial development: My first instinct is that Cleveland Heights should try to be bold in its approach to new residential and commercial development. We have coasted for far too long without proactively encouraging new development. Most importantly, Cleveland Heights has fallen behind with regard to its residential mix. We have grand, beautiful, old houses and we have less grand, but no less beautiful, old houses; but we have very little in the way of a diverse residential selection. I think it is vital for Cleveland Heights to look to the future as we develop our neighborhoods. How do we think people will want to live in 10-20 years? Energy and resource efficiency will need to be a priority, and our policies should reflect that, both with incentives and with regulatory requirements. Cleveland Heights could find ways to be innovative in housing, perhaps with pilot projects testing the waters of more communal developments, higher density developments, work/live properties, first floor living new construction for people with mobility issues. A continual reevaluation of our zoning code with an eye on the future is necessary for a healthy approach to development in Cleveland Heights.

4. Privatization of city services: Pure privatization of core city services tends to be a mistake. Despite the claims of efficiencies in the private sector, it is important to remember that from the perspective of the public - the funds that ultimately provide private shareholder value don't necessary provide value to the tax payer/resident/constituent. The profit motive has been a strong driver of innovation, but often the innovations in cost cutting can come at the expense of actual product or service quality. The purpose of municipal services is primarily to effectively fulfill the duties of the city, efficiencies should not come at the expense of quality service provision. I know that government can use many of the techniques for product and services innovation, and process improvement to achieve many of the same efficiency goals that are expected of the private sector, as long as the decision-makers are willing to lead the charge to initiate and reinforce the necessary culture change in the agency. These efforts can have many of the same benefits of privatization without the potential negative consequences. I do believe that the public sector can make use of private sector assistance when necessary. It can be helpful to contract with private entities when it is not cost effective to keep certain functions on staff. For instance, it is likely not cost effective to have bond counsel on staff in the law department year-round, so that function might better be contracted as needed.

5. Regionalization efforts: I believe that to the degree that we can regionalize our municipal functions and authorities, we should pursue those avenues aggressively. Beginning with finding ways to create efficiencies through shared contracts with our neighboring communities, and extending to regionalizing our basic municipal services. Under our relatively strong home rule structure, any substantive attempts at regionalism have a very difficult path to follow. From a political standpoint, it is very unlikely that we will see any municipal mergers any time soon. But there is the possibility that cities can cut costs by regionalizing certain functions through Council of Government agreements. These types of cost-saving efforts would help Cleveland Heights and other inner ring suburbs through the elimination of duplicative costs, which would have the effect of reducing taxation requirements for each of the individual governments. Of course, even this is difficult due to the system complexity of the major functions of municipal government (e.g. law enforcement, fire and emergency medical services, public works, et cetera). The amount of coordination and adjustment necessary to allow for the merger of even one of those functions is daunting, but if the municipalities are truly willing to make it happen, I think it would be a net benefit for Cleveland Heights.