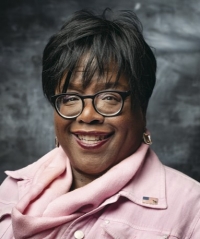 Local politician Cheryl Stephens, a Cleveland Heights resident, has announced that she will not run for mayor if voters choose to change the city charter to a "strong mayor" form of government this November.

The announcement is significant because Stephens was an early supporter of changing Cleveland Heights' government from its current "city manager/council" form. And some opponents to the ballot measure have pointed to her supposed interest in becoming the city’s first strong mayor as the real political motivation behind the initiative.

Stephens made her announcement in an opinion piece written for the Heights Observer.

In it, she wrote: "We are being warned that cronyism and corruption will descend upon us if we dare let people vote directly for Cleveland Heights mayor. Rumors of ulterior motives and conspiracies—some even involving me—have already begun making the rounds. . . . So, let me state my position and put speculation about my motives to rest: I strongly support and fully endorse the proposed charter amendment. Also, when the amendment passes, I will NOT run for the position.”

Stephens, who is CEO of the East Akron Neighborhood Development Corp. and at one time served as Cleveland Heights Director of Planning & Development, was elected to Cleveland Heights City Council in 2009. She was the city's mayor in 2017 (under the current form of government, city council appoints the mayor, and the role's primary function is to preside over council meetings). She vacated her CH City Council seat in late 2018 after being elected to Cuyahoga County Council.

Cleveland Heights resident Bob Rosenbaum is co-chair of the Heights Observer Advisory Committee, and is responsible for its advertising sales and market development. He has donated $75 to Citizens for an Elected Mayor but remains undecided about the upcoming ballot initiative.