WRC concert will be Poderis' last 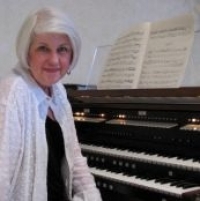 Western Reserve Chorale (WRC) will present the final concert of its season at 3:30 p.m., Sunday, June 2, at Church of the Gesu (2470 Miramar Blvd, University Heights).

The concert, "Sonic Sunrise," will be the final one with accompanist Joanne Poderis at the keyboard. Poderis, a founding member and longtime executive director of WRC, is stepping down from her roles with the Chorale. WRC invites all to celebrate Poderis' artistry and the conclusion of its 27th season.

The concert will feature Ola Gjielo’s Sunrise Mass as well as a celebration of the 125th anniversary of the birth of E.E. Cummings. Gjielo utilizes the text from the Ordinary of the Mass: Kyrie: The Spheres, Gloria: Sunrise, Credo: The City, and Sanctus and Agnus Dei: Identity & The Ground. While Gjeilo set the meaning of the Latin text respectfully and observes the traditions that masses are expected to exhibit, his overall vision for the piece lies within the titles of the work, only loosely related to the meaning of the Latin. In so doing, he reveals a structure outside of the text; a metaphysical journey from the heavens to earth. The intent and the story in his Mass are expressed through the way in which the music comes across sonically.

Similarly, the choral settings of E.E. Cummings feature various means to create an aural impression and interpretation of the language used by Cummings. The poet’s lyric inventiveness and use of metaphor, as well as his misuse or strained use of words and phrases, allow for broad interpretation and atypical tonality to be explored.

The concert is free and open to the public, though there will be free-will donations collected.

David Gilson is the artistic director of the Western Reserve Chorale, director of music at Church of the Saviour, and associate dean for student affairs at the Cleveland Institute of Music.