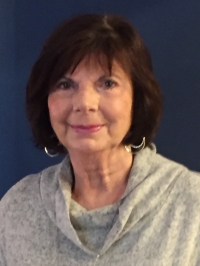 Kaye Lowe will retire this month as executive director of the Cedar Fairmount Special Improvement District, after 18 years at the organization and its predecessor.

If you’ve enjoyed the landscaping, community art and ambiance of Cedar Fairmount, you’ve appreciated the work of Kaye Lowe, who’s dedicated the last 18 years of her professional life to building the "Gateway to the Heights.”

In May 2000, Lowe became executive director of the Cedar Fairmount Business Association. With a small, dues-based budget, Lowe undertook the coalition-building work that would evolve, nine years later, into the Cedar Fairmount Special Improvement District (CFSID). According to CFSID President Sal Russo, Lowe “has been the heart and soul” of the operation. Through Lowe's work, the neighborhood has been characterized by stable businesses, signature landscaping, and community art.

The nonprofit CFSID comprises 11 non-residential property owners who choose to pay an additional property tax into a shared budget with the goal of strengthening the district. Under the leadership of a board of trustees, the CFSID has hosted fundraisers, won grants, and sought additional funds from property owners and neighbors to finance special projects.

Lowe has loved being at the hub of this interface. She said it is impactful, inspiring and heartening. “It has been such a pleasure to work with property owners who care so much about Cedar Fairmount and who want to continue to see it grow and maintain its viability,” she said, as she prepared for her final weeks on the job.

Early in her tenure, Lowe worked to establish the Friends of Cedar Fairmount, a 150-member citizen group that worked with the district and its trustees to study and improve the streetscape. Lowe said this was one of her most gratifying projects. The collaboration resulted in the distinctive Cedar Fairmount logo street signs and a 2017 streetscape overhaul that’s nearing completion.

Lowe views it all through an historical lens. “When I started out, there was no FutureHeights and no Heights Arts. I’ve watched both organizations grow,” she said. Lowe also reflected on Cedar Fairmount’s stability. Several retail and professional spaces have been in the district for more than 40 years, and Lowe noted, "The longevity of the businesses and professionals is a tribute to the property owners who care.”

Brendan Ring, owner of Nighttown and treasurer of CFSID, has worked with Lowe since the beginning. “She has been tenacious,” said Ring, who called Lowe the backbone of the day-to-day operations. While these seem like “big shoes to fill,” Ring said CFSID will continue to thrive under new leadership. He said applications for a new director are under review, and district leadership hopes to have a replacement by the time Lowe retires in January.

Lowe plans to be available to train her successor. After that, she looks forward to enjoying her retirement by spending more time with her husband and volunteering with organizations like the Blossom Friends of the Cleveland Orchestra.

A gathering to honor Lowe's tenure as executive director of CFSID will take place on Jan. 16, at 6:30 p.m., at Nighttown.

Anyone who has interacted with Lowe over the years is welcome to attend. The first drink and light appetizers will be courtesy of CFSID. To attend, RSVP to nighttowncleveland@gmail.com.

Mostly a mom, Shari Nacson, is a freelance editor, social worker, and nonprofit consultant who makes her home in Cleveland Heights. More than anything, Nacson is inspired by kids and adults who build connection through kindness.