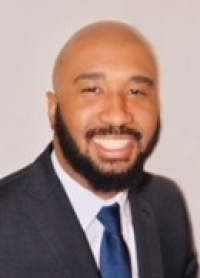 Houser was appointed to fill the county council position when Anthony Harrison was elected to Cleveland City Council. Houser won the party endorsement for the seat in January.

Houser’s grandparents lived in the Heights, and he has seen the challenges and successes of this area firsthand over the years. He has combined this knowledge with his experience at the state, federal and county levels to develop and work on programs that will benefit all areas.

Houser, a Cleveland resident, became interested in politics after an internship with former state Rep. Marian Harris. Since then, Houser has worked as an educational specialist for the Boys and Girls Clubs of Cleveland, as a campaign staffer for Sen. Sherrod Brown, on Capitol Hill in the office of Rep. Tim Ryan, as a field organizer for the We Are Ohio campaign, and as special assistant to Cuyahoga County Executive Armond Budish. He has a bachelor’s degree from Kent State University and a Master of Public Administration from the Levin College of Urban Affairs at Cleveland State University.

“District 10 has one of the most diverse populations and communities in the county, varying widely in income and needs,” said Houser. “Addressing these needs requires someone who not only understands what is happening in the communities but also can work with the various county departments to help find viable solutions that can be implemented.”

One of his priorities is to continue working to rebuild the district through economic development and job creation programs, utilizing the county’s Skill Up program. He will continue to help lead the county's faith-based infant mortality reduction initiative in partnership with First Year Cleveland, and plans to continue to speak at local correctional institutions. What he learned there led to the creation of an event focused on at-risk teens, Choices and Consequences, in collaboration with Men Who Wish to Change and the Cuyahoga County Office of Reentry.

Houser also is committed to seeing programs like Closing the Achievement Gap Funding, which he supported for the Cleveland Heights–University Heights and Shaw school districts, thrive and expand.

Win Weizer, a 27-year resident of University Heights, is active in the community and is a member of the UH Finance Advisory Committee.