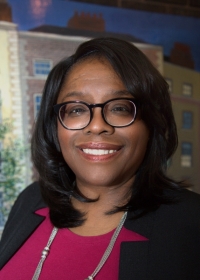 Former Cleveland Heights mayor and current CH City Council Member Cheryl L. Stephens is running for the seat against Michael J. Houser, who was chosen by Cuyahoga County Democratic precinct committee members to fill the seat vacated by member Anthony Hairston, following his election to Cleveland City Council last November. The Cuyahoga County Board of Elections website also lists Angela Bennett, a Republican, as a write-in candidate for the seat.

Stephens stated that she is running because she believes the district needs someone who has experience working on the issues. Several key issues she pointed out are economic and community development, LGBTQ rights, supporting MetroHealth System, and ensuring strong finances. “One of my key goals is to help create policies for the county development department that will help it to be more practical in programs that benefit inner-ring suburbs and the urban core,” she said.

She is currently CEO of East Akron Neighborhood Development Corporation. She has also served as director of acquisition, disposition and development for the Cuyahoga County Land Reutilization Corporation (commonly known as the County Land Bank) and as director of development for the city of Cleveland Heights and Cuyahoga County. She has a masters of public administration and speaks Spanish.

In addition to her service as Cleveland Heights mayor and a member of city council, Stephens has volunteered with Susan G. Komen North East Ohio and has served on the Cleveland Heights City Planning Commission.

One of the things she is proudest of is helping Cleveland Heights City Council pass legislation outlawing discrimination against LGBTQ people. Another is working with city council to put in place an ordinance that prohibits landlords from obtaining a certificate of occupancy if they have not paid their taxes.

“I will work hard,” she said. “I won’t just attend a meeting and pretend like I made things happen. I will have done something to help get the tasks on hand done. I am a worker/doer.”

Melody Hart, a CPA and business financial consultant, is active in the community, and has lived in Cleveland Heights since 2005.