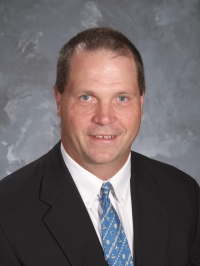 Bill Beard will join six other individuals when he is inducted into the Greater Cleveland Sports Hall of Fame on Sept. 14, as a member of its Class of 2017.

Beard was destined to be a coach. Born and raised in Cleveland Heights, he began playing baseball on neighborhood diamonds and hockey at the Cleveland Heights Recreation Pavilion during his youth. He attended Cleveland Heights High School, from which he graduated in 1980. While a student-athlete there, he starred on the both the sandlot and ice rink.

After graduation, Beard attended Northwood School in Lake Placid, N.Y., as a post-graduate student, where he played hockey and was recruited to play hockey and baseball at Princeton University. He graduated from Princeton in 1985 with a Bachelor of Arts in sociology.

After graduation, Beard went on to become one of the most successful hockey coaches in Cleveland high school history.

Beard has also coached baseball and hockey at Case Western Reserve University and Kent State University, and was co-founder of Team Ohio Midget AAA Hockey, where he was an assistant coach for three seasons. Team Ohio assisted aspiring hockey players to move on to play at the Junior and NCAA level, and twice qualified for the USA Hockey National Championships during his tenure there.

Beard was hired as head coach of the varsity hockey team at University School in 1998, transforming the program into a state power. After 16 seasons, Beard amassed an overall record of 344-181-48, with his teams winning 20 or more games in 12 of those seasons.

For his contribution to the Greater Cleveland hockey community, Beard was inducted into the Cleveland Heights Hockey Hall of Fame in 2007.

He and his wife, Courtney, currently reside in Perrysburg. He has two step-children, Bobby (23) and Veronica (19).

Christopher Kendel is assistant commissioner for the city of Cleveland Heights Parks and Recreation Department.