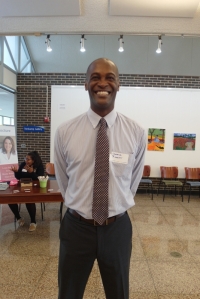 “We are excited to have Derrick on board and are thrilled about the expertise he will bring to our athletic program,” said Matthew Robinson, Beaumont’s athletic director.

Russell, who began his new job on Oct. 28, comes to Beaumont from the men’s basketball program at Case Western Reserve University, where he spent the past six seasons as an assistant coach, focusing on the defensive side of the game.

Rick Haase is director of public relations and marketing at Beaumont School in Cleveland Heights, a Catholic School in the Ursuline tradition, educating women for life, leadership and service.