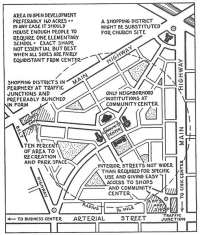 On March 1, FutureHeights and the Sustainable Heights Network (SHN) will host a public forum on the Cleveland Heights-University Heights City School District’s master facilities planning process. “School Facilities: a Vibrant and Sustainable Future for Our Neighborhoods and Our Schools” will examine school facilities from a community perspective.

Mark Chupp, assistant professor at Case Western Reserve University, will moderate a discussion by panelists Joyce Barrett, executive director of Heritage Ohio; Sagree Sharma, urban designer and project manager with the Cleveland Urban Design Collaborative; and others. A question-and-answer session will follow. Representatives from the school district and the City of Cleveland Heights will also attend. The event is sponsored by FutureHeights and the Sustainable Heights Network.

The district has hosted a series of community engagement meetings at the high school, the third of which will be held on Feb. 22, and the last of which will be held on March 21. The district plans to present two to four potential facilities plans on Feb. 22 and a final plan to the community on March 21. The final plan could recommend the closure of anywhere from one to five buildings and have a lasting impact on neighborhoods.

Enrollment in the public schools has declined in recent years, partly due to demographic trends, such as families having fewer children. The trend has been widely reported. For example, a recent Reuters article, “More American women not having children," states reasons that include women being more educated and having professional careers. People are also marrying later or not marrying at all. These trends may be magnified in the Heights, due to the number of excellent private schools nearby.

While these trends may indicate that fewer people have a reason to pay attention to what is happening in their local public school districts, the public schools affect the greater community in a wide variety of ways. The location of school buildings and the quality of education offered there affects real estate prices.

In the early 20th century, when Heights neighborhoods were built, Clarence Perry and other planners designed pedestrian-scale “neighborhood units.” The fundamental building block and focal point of the neighborhood unit was the elementary school. Having a functional neighborhood, with nearby schools, made the area desirable for families. It also created a self-contained unit, where residents could live, work, learn and play within a walk of no more than half a mile.  Today, urban planners are reviving these early 20th-century ideas of walkable communities, and building new neighborhoods based on these principles.

Chris Hanson is a senior in the Urban Studies program at Cleveland State University, a consultant at The Urban Cash Cow, and an intern at Future Heights.