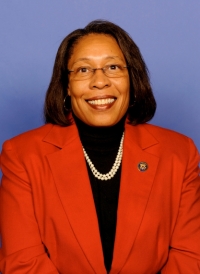 United States Representatives Marcia L. Fudge and Steven LaTourette, joined by 14 other representatives from Ohio and Michigan, sent a letter to President Obama urging his administration to support efforts that help communities address the large number of vacant and abandoned homes. Fudge and LaTourette believe that action is needed to revitalize communities that were hit the hardest by the foreclosure crisis, an that without market demand for these homes, tens of thousands of properties will remain empty and decaying.

“Our neighborhoods are in desperate need of revitalization. In many cases, vacant and abandoned homes have caused adjacent property values to plummet. Some [neighborhoods] have also become dangerous centers of crime and blight, negatively impacting the quality of life for other residents,” wrote Congresswoman Fudge. Estimates show that, in addition to being abandoned and vacant, over 70,000 homes in Ohio are in such a state of disrepair, that they require demolition. Due to the sheer volume, however, communities lack the resources to adequately address the crisis. The letter to Obama was sent on Jan. 23rd.

While federal programs to date have offered some relief, Fudge and the other members of Congress urge the President to facilitate a strategic and comprehensive federal response to leverage local and private funds to finance demolition projects that preserve property values and stabilize local economies.