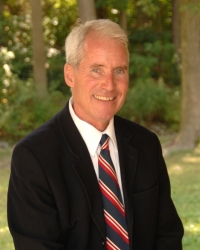 If elected County Executive, what goals would top the list of things that you’d hope to accomplish during your term in office?

My primary objectives would include advances in the following three areas: Code of Ethics: With the now pervasive admissions of guilt throughout our regional public agencies, it is clear that 1) formation 2) adoption and 3) strict enforcement of the nation’s most effective public Code of Ethics must be the first priority of this transformed county government. It must be first because, no matter how vital human services and economic development are in our scheme, all will fail if we cannot trust those spending our money. Jobs: Government is most helpful when it performs its vital public functions so efficiently as to create the sense and reality of well-being within the community. When there is good government in a community it serves as one of the major incentives for people who want to work and live there. Good government wisely utilizes its resources in concert with private and non-profit entities. It works in supportive ways to encourage starting up and maintaining employment. Education: It’s imperative that we see that every child succeeds. We must embrace the regimen that every child born into this community be provided with the encouragement and tools to live up to their highest potential. It is humanity’s highest responsibility. When any child falls short of his or her potential, we all lose. Cuyahoga County’s infant and early childhood education approach is a promising beginning that needs to be expanded upon in every space where a child’s future is being shaped.

What approach would you take to working with the new County Council to keep lines of communication open in order to achieve consensus on major county wide objectives?

Establishing friendly relations now during the campaign—and holding full, open, weekly caucuses to review policy, as well as daily contact with council as needed. Ultimately, I would travel their districts with them and let them explain their priorities on a regular basis.

How will Cuyahoga County voters know if the new government structure is working as envisioned?

It will become clear soon based on the tone set, adoption of the Code of Ethics, and Volunteer Councils continuing their work.

Do you believe the new structure has the potential to spark economic growth and job creation in Northeast Ohio?

Jobs are created and maintained in the largest part by private initiative. Private creativity remains our best hope for our future financial security. Government’s role as a positive partner in

Do you see a need for further “tinkering” with the County Charter to improve prospects for a successful transition?

Do you know that when you include the judges we elect in Cuyahoga County, 56 countywide officials are elected within our county alone--3 commissioners, 7 other elected officials, and a total of 46 judges. Wow! How many elected officials do we really need to work well?

How about reducing Cuyahoga County elected offices to the fewest number essential to ensure the best government? There are three great reasons to do this. The first is to bring us good government. The second is to save vital resources. The third reason is to successfully win a vote to adopt the plan of a smaller, less expensive, consolidated Cuyahoga County government.

To learn more about this candidate visit timmccormack.com .