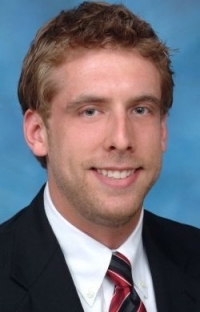 Describe the duties of the members of the County Council.

Because this language says the powers are not limited to the express powers, we must look to the rest of the charter for any limitation. Other than some vague language about respecting municipal rule, there are no limitations given to this new government’s power. So, other than state and federal law and their respective constitutions, this new county government has near unlimited power.

I believe that it is power that causes corruption: Absolute power corrupts absolutely and this new government has near absolute power.

Why do you want to serve on the County Council?

I want to serve because I want to restrain the power of this new government; I want to allow Cuyahoga County to regain its rightful place as one of the leading economies in the country; I want to stop so called government “economic development” projects like the medical mart, which are nothing more than a wealth transfer from county taxpayers to politically connected special interests; I want to slash the sales tax, which at 7.75% Cuyahoga County’s sales tax is the highest in the state of Ohio by ¾ of one percent.

What qualifications do you bring that make you the most qualified?

I am very studied in Austrian free market economics; it is a great passion of mine. I am also well studied in political philosophy. I list among my influences David Hume, Friedrich Hayek and Malcolm X. I will bring these influences to my governance.

What will you do in your first weeks?

This is a very good question. My answer is that I have no clue whatsoever. Any candidate who tells you that they do is being disingenuous.  The new government is going to have to work closely with the transition committee. We are going to have to feel our way around for quite some time because it is going to be very new without any precedent to rely on. It’s going to be chaotic, messy, and the blind will be leading the blind.  I would encourage readers to have tempered expectations.

How will we know that you are doing a good job?

The quality of my performance will be directly correlated to how much I’m getting attacked in the press by the existing political establishment and politically connected special interests. If people are not complaining about me, that means I’ve sold out and I am no longer doing the people’s work.

To learn more about this candidate visit www.mattbrakey.com