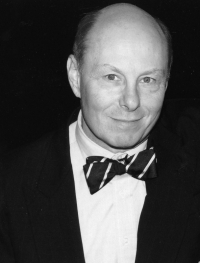 Kunsler is known as one of the foremost social critics of the modern era. His books The Geography of Nowhere (1993) and Home from Nowhere (1996) established him as a fierce critic of suburban sprawl and the high cost of a car dependent culture. Kunstler says he wrote The Geography of Nowhere, "Because I believe a lot of people share my feelings about the tragic landscape of highway strips, parking lots, housing tracts, mega-malls, junked cities, and ravaged countryside that makes up the everyday environment where most Americans live and work."

Home From Nowhere continues the discussion with an emphasis on remedies. His next book in the series, The City in Mind: Notes on the Urban Condition, takes a wide-ranging look at cities here and abroad, inquires into what makes them great (or miserable), and, in particular, what America can do with its mutilated cities. His book, The Long Emergency (2005), discusses the challenges posed by the coming permanent global oil crisis, climate change, and other "converging catastrophes of the 21st century."

Culminating the series is his 10th novel, World Made By Hand (2008). The book places the ideas developed in his series in a provocative fictionalized setting. As society evolves into the post peek oil era, Kunstler’s concepts become real and personal through the eyes of the citizens and mayor of Union Grove. Kunstler builds a close and real portrayal of a world where oil shortage, climate change and the resulting economic impact are local and personal. While it is “grim and portent,” the San Francisco Chronicle said, World by Hand “is an impassioned and invigorating tale whose ultimate message is one of hope, not despair.”


Kunstler is also the author of nine other novels, including The Halloween Ball and An Embarrassment of Riches. He is a former staff writer of The Rolling Stone, a regular contributor to the New York Times' Sunday Magazine and Op-Ed page, where he has written on environmental and economic issues.

He has lectured at Harvard, Yale, Columbia, Dartmouth, Cornell, MIT, RPI, the University of Virginia and many other colleges, and has appeared before many professional organizations such as the American Institute of Architects, the American Planning Association. and the National Trust for Historic Preservation.

A discussion of his book Home from Nowhere is planned for March 11 at noon. Screenings of the documentaries featuring the author will be shown in the Stokes Auditorium at noon on Friday, March 12, and Saturday, March 13. The features are The End of Suburbia and Transforming Energy. This series promises to be a thought provoking engagement of our urban perspectives.

All of the Kunstler series events are free and open to the public. Find out more at www.cpl.org.

Jon Eckerle is a commercial realtor and urban activist dedicated to creating a sustainable NEO with a vibrant core.